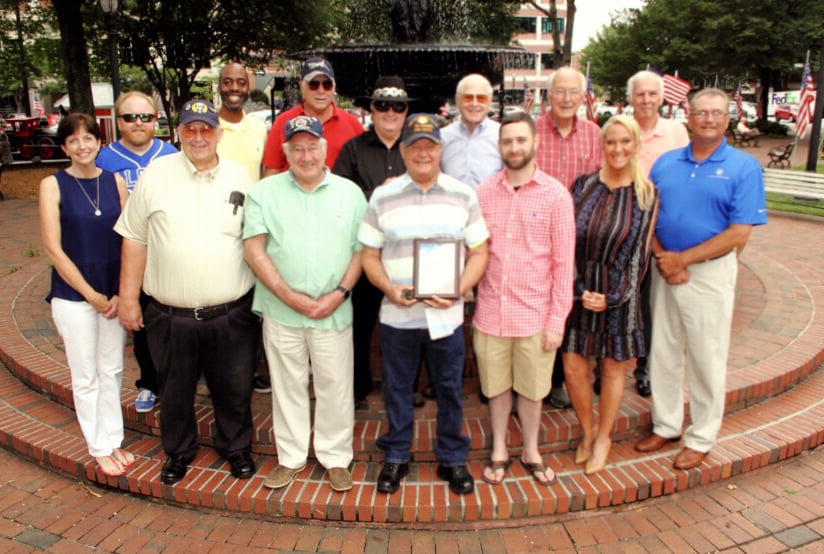 Enlisting in October 1965, Tom Stalvey completed his basic training, and was sent on to aircrew school to learn the skills to be a Loadmaster, a military aircrew member tasked with the safe loading, transport and unloading of aerial cargoes. Tom’s first duty station was Sewart AFB, located just outside of Nashville, TN where he flew as a Loadmaster on C-130 aircraft for the next two years. In December 1967, Tom received orders to travel to Southeast Asia to fight in the Vietnam War.

In the early 1960s with the advent of the Lockheed C-130 Hercules and the increasing role of troop carrier transports in Southeast Asia, Loadmasters were reassigned from aerial port units to troop carrier squadrons where they assumed duties previously assigned to scanners and became part of the flight crew. Loadmasters became extremely important in the harsh conditions of Southeast Asia, where troop carrier aircraft operated into forward airfields that were often under fire, especially after the Tet Offensive of 1968 when soldiers and Marines began calling C-123s and C-130s “mortar magnets.” The loadmaster’s task was to discharge the load as quickly as possible so the airplane could get off the ground to avoid incoming rocket and mortar fire. Loadmasters were also trained to drop flares and leaflets, and to operate retrieval equipment used in special operations aircraft.

Tom’s first tour in Vietnam began on January 30, 1968, the first night of the TET offensive. In that year alone, the US lost sixty-three C-130 aircraft with their crews, a statistic that Tom Stalvey was fortunate to not be a part of. The following year in 1969, Tom was involved in three major battles including the siege of Khe Sanh, the battle for the besieged camp of Kham Duc, and the Battle of A Shau.

With the Vietnamization withdrawal of troops in 1969, Tom Stalvey found himself discharged and sent home. His service earned him military honors for the Distinguished Flying Cross, six Air Medals, two Presidential Unit Citations, and the Vietnam Gallantry Cross with “V” for valor in combat. After his return home, Tom entered and graduated from the Electronic Computer Programming Institute in Charlottesville, VA as a computer programmer. He later entered the property management field, and after a thirty-year career, he retired in Atlanta, GA. In 2012, Tom recounted his war experiences in his published book, The Lucky Loadmaster II.

On June 6, 2017 (the 73rd anniversary of D-Day), team members from the ALCOVA Branch in Marietta, GA presented Tom with his Hometown Hero award. Joining them were eight Vietnam veterans from Georgia, Virginia, and North Carolina to share in this special presentation.