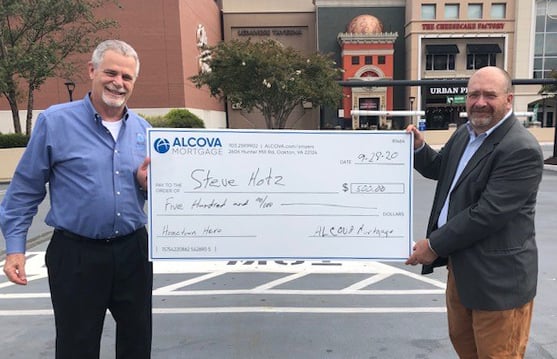 After serving as a paratrooper with the U.S. Army’s 82nd Airborne Division during the Gulf War, Steven Hotz was medically discharged from the Army after going blind in his left eye due to a bad Anthrax inoculation.  After this unexpected and abrupt end to his 18-year career, Steven had difficulty adjusting to civilian life and was later diagnosed by the VA with severe PTSD.

Steven finally found serenity through a VA-sponsored class that offered veterans blacksmithing as a form of stress relief. According to Hotz, the Veteran’s Administration recognizes blacksmithing, along with other fine arts such as painting and sculpting, as an approved form of therapy.

“The first night he went to that program and came home, I could see a difference,” said his wife Amy. “He was happy. This gave him another mission, something to do, something positive to focus on.”

After completing the class, Steven met retired Army Lt. Col. Dave Seitz, a fellow veteran who also served in Operation Desert Shield and Operation Desert Storm. Together, they created Black Horse Forge, a nonprofit focused on supporting veterans and first responders through therapy in learning the blacksmithing trade. “We’ve had people come here who are on the edge of things,” said Steven. “We want them to come here before they do something irrational. This is a safe place.” According to Steven and Amy Hotz, three participants have given Black Horse Forge credit for saving them from suicide.

Not only do veterans and first responders get to create elaborate knives, tomahawks, jewelry and art, they also get to forge close relationships with others. “The Forge gives them purpose, it shows them that they are not alone, and studies have shown it redevelops a part of the brain that is damaged by PTSD,” says Amy Hotz. “In addition, several participants have started businesses from their new skills and Black Horse Forge has provided them the materials to get their businesses off the ground.”

Senior Loan Officer Tony Bolding from our Fredericksburg branch was honored to meet Steven and present him with his Hometown Hero award.