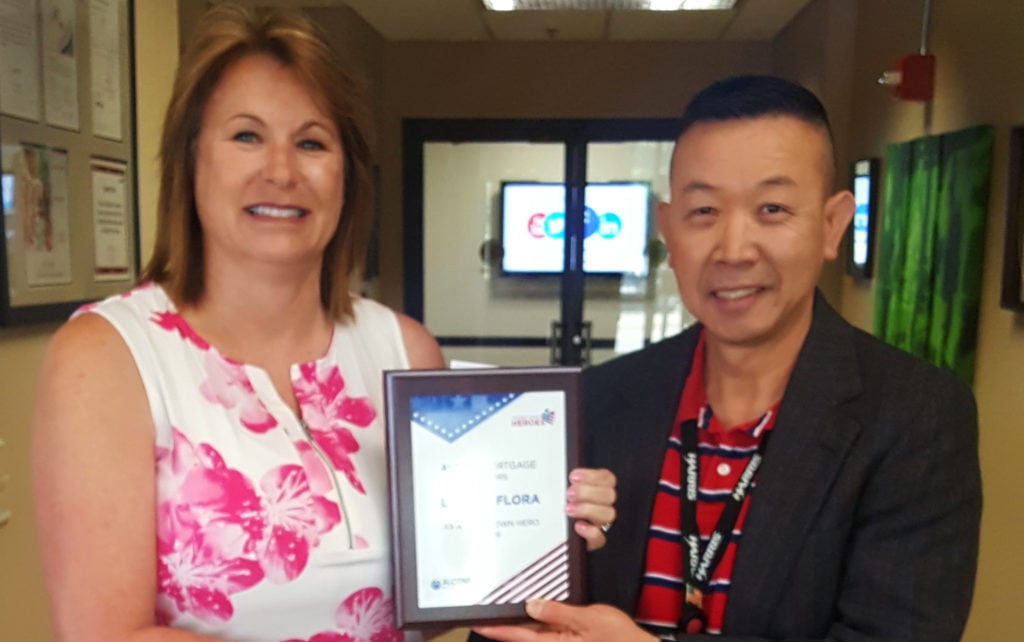 A native of Saigon in Vietnam, Lapthe Flora and his brothers were forced to flee the city following the Communist capture to avoid being drafted into the North Vietnamese military. He spent more than three years in the jungle, and then fled by boat to Indonesia where he spent another year living in three separate refugee camps.

“My unyielding resolve to stay alive motivated me to endure three and a half years of harsh life in Vietnam with no electricity and no running water where we grew and hunted for our own food,” Flora said. “Through it all, I survived. My determination to be liberated from tyranny motivated me to escape from Vietnam.”

In 1980, he came to the US under the sponsorship of Raleigh Court United Methodist and Greene Memorial United Methodist Churches of Roanoke, Virginia. Flora went on to attend the Virginia Military Institute in Lexington, VA where he earned a bachelor’s degree and commission in the U. S. Army Reserve in 1987. He later transferred to the Virginia Guard where he served in every staff position within 1st Battalion, 116th Infantry Regiment, 116th Infantry Brigade Combat Team, including commander of the battalion. Most notably, Flora is the first Vietnamese boat person to be promoted to general officer in the United States Army and the second of Vietnamese descent.

“I had a strong desire to serve my country and community by paying back a debt that I owed to America when she welcomed me here in this great country,” says Flora. “I truly believe such a priceless gift of life can never be fully repaid in monetary value.  Therefore, a lifelong commitment to service others is a good first step.”

In his civilian capacity, Flora is the Senior Applications Engineer with Night Vision business of Harris Corporation in Roanoke, VA and holds six patent awards related to the AN/PVS-14 and AN/AVS-9 night vision goggles. He is also immensely involved in his community. He is one of the founders of the Virginia Veterans Day Parade, and he volunteers at the VA Care Center, at the American Red Cross as a translator, and at the Rescue Mission. He also takes time out of his schedule to speak to church groups and middle school students on a variety of essential life lessons like resiliency, public service, and overcoming adversity.

Flora says he is frequently asked how he transformed from a refugee into a commission officer who achieved the rank of brigade general in the U.S. Army, and his response is opportunity. “It is only in America that someone like me, homeless, destitute, but with a burning desire to survive, can thrive,” Flora said. “America is not perfect, but she still is the land of endless opportunity. With opportunity and self determination to serve our nation, anything and everything is possible.”

Branch Manager Jamie Bailey from our Roanoke Branch was honored to present Lapthe Flora with his Hometown Hero award.