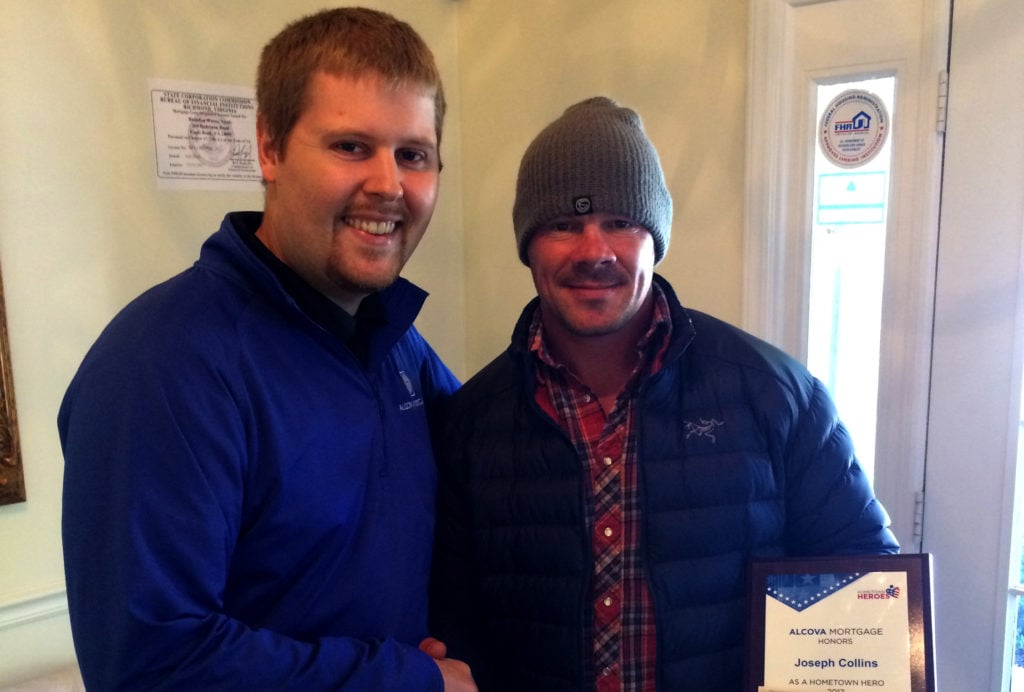 Joining the United States Marine Corps in January 1999, Joseph Collins began his quest to serve his country by performing a tour of duty in Bosnia. His mission to serve continued after he decided to transfer to the US Army Airborne after 4 years with the Marines. He became part of the Reserve Airborne Unit, and he was later called upon to serve during Operation Iraqi Freedom II. He was deployed to Iraq and did 26 months in combat with two tours. Joseph was responsible for conducting combat patrols which required route reconnaissance to search for roadside bombs, IED’s (improvised explosive devices), and any insurgent activity.

While conducting over 350 combat patrols, Joseph and the rest of his unit found 456 roadside bombs with 152 blowing up. Joseph was personally hit 11 times by roadside bombs in his first tour. The worst incident Joseph encountered was in September 2005 when he rolled beside two surface-laid 155mm artillery rounds. The blast resulted in the loss of Joseph’s hearing in his right ear. Joseph recalls, “That was probably the worst incident as far as being hit with an IED, but I did see close friends of mine hurt and even killed in Iraq during our operations. Those things will live with me for the rest of my life.” Joseph’s honorable service to his country awarded him with the Bronze Star for actions in combat along with other numerous honors including the Combat Infantryman’s Badge.

After leaving the military, Joseph felt the desire to serve his community by spending the next 14 years in local law enforcement. During his tenure with the police, he ended up being one of the first responders that witnessed the tragic results of the Virginia Tech shooting on April 16, 2007. Currently, Joseph is the Senior Instructor for Tomahawk Strategic Solutions based out of Nashville, Tennessee. This company provides consulting and training for corporate, military, and law enforcement entities. Through his training and experiences in combat, it became his passion to present material from real-life experiences that can help others in civilian life as well as military, law enforcement, and corporate personnel.

Loan Officer Wallace Andrus and the rest of the Blacksburg Branch team at ALCOVA Mortgage were honored to present Joseph with his Hometown Hero award.