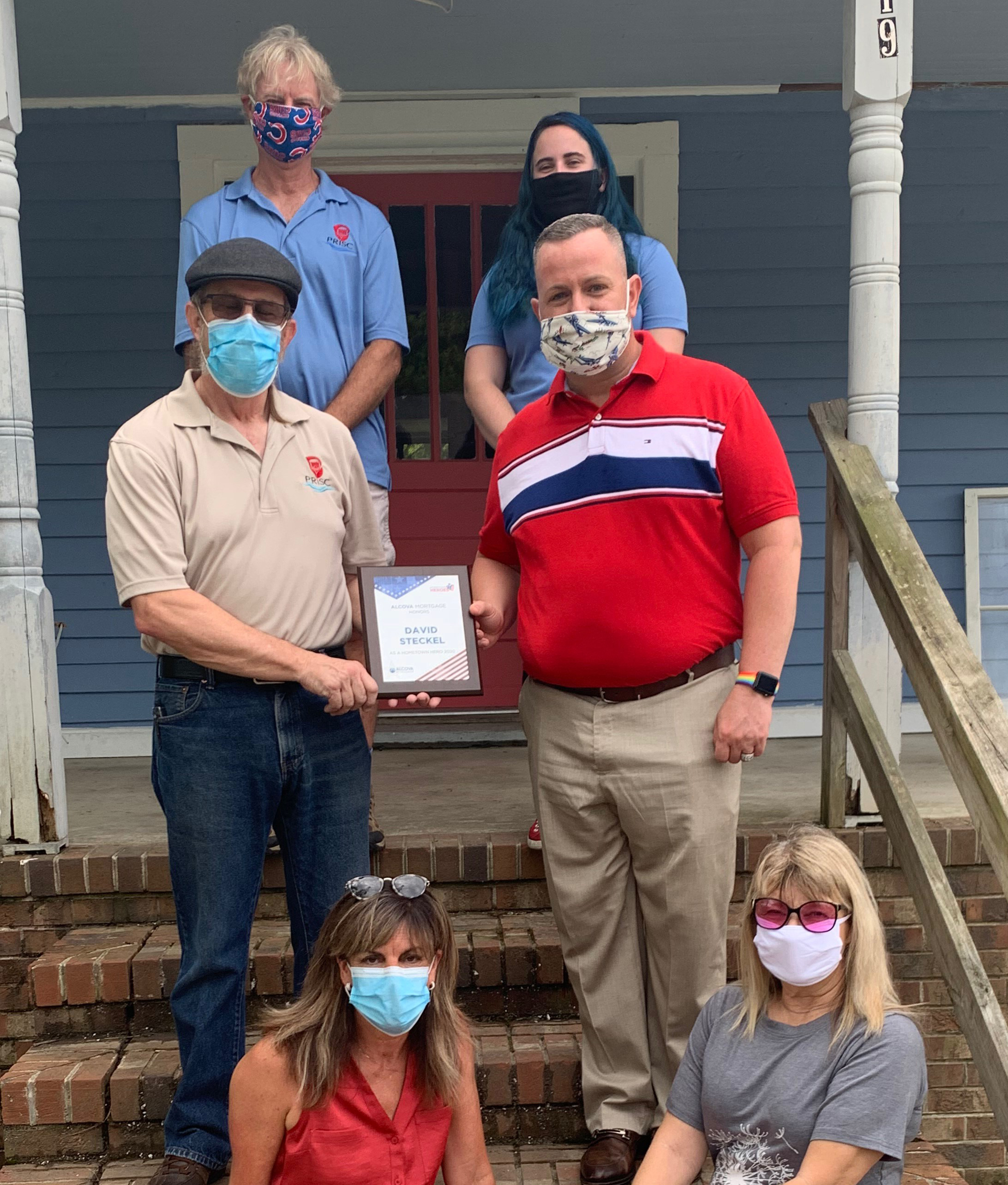 Inspired by his father who was a Canadian tank commander in the Korean war, David Steckel followed in his footsteps by joining the US Army immediately after graduating from high school in June 1975. After completing his training as a helicopter mechanic/crew chief (67N20) at Fort Rucker, he was stationed at Schwabisch Gmund in what was at that time West Germany. Assigned to a UH-1H Huey, he served as a crew chief for the remainder of that tour and provided support for a Pershing Missile group. He was honorably discharged in September 1977 and received both his crewmember wings and an Army Commendation medal.

Upon his return from Germany, he spent the next two years in a trade school and earned his Airframe and Powerplant license which enabled him to work on civilian aircraft. “Helicopters became my passion,” David recalls. “Over the next eight years I worked on commercial helicopters and fixed wings, traveling the country to wherever the company(s) sent me.”

David later met his wife while working with one of those companies, and they both left to go to college.  David graduated with a BS in Aerospace Engineering and got recruited by the USAF as a civilian engineer.  He also served as a reliability engineer on the B-2 Stealth Bomber while it was still a “black” program, and then transitioned into the environmental field, focusing on base cleanup and test range operations.

During his career with the Air Force, he was selected for a one-year deployment in Afghanistan. He became the Base Master Planner at Bagram Airfield and oversaw all buildings (except lodging) on base. He received an Army Outstanding Civilian Service Medal for those efforts among other NATO participation medals. “It definitely checked a box on my to-do list,” says David.

He spent a total of thirty years with the Air Force before retiring in 2017. He also earned an MS in Engineering and an MS in BioRegional Planning during that time.

Currently, David is involved with several non-profits in his community. He has dedicated over four years with Pamlico Rose Institute for Sustainable Communities (PRISC) and the rehabilitation of Rose Haven, a rehabilitation house for female Veterans. He is the sole person in charge of rehabbing over 20 of the original windows of the house. “I had no previous experience in doing this, but I saw a need so I taught myself the required skills,” says David.

David also serves as the Vice President of the non-profit ME International which supports ME organizations, educates the general public, medical providers, and governments throughout the world as well as ME patients, caregivers, advocates, family and friends. “My wife contracted myalgic encephalomyelitis (ME) thirty years ago, and since there has been little support available, both of us became advocates of the disease,” says David.

David is also a certified sawyer for Team Rubicon, and he has volunteered to go on a handful of domestic deployments for tornado and hurricane responses. David also avidly supports the Red Cross and has donated over 100 pints of whole blood over the years. This summer, David also served as a water sampler for Sound Rivers who uses the data he collects for their weekly swim guide report.

Loan Officer Michael Farmer from our ALCOVA Greenville branch was honored to present David with our Hometown Hero award at the Rose Haven rehabilitation house where he volunteers.