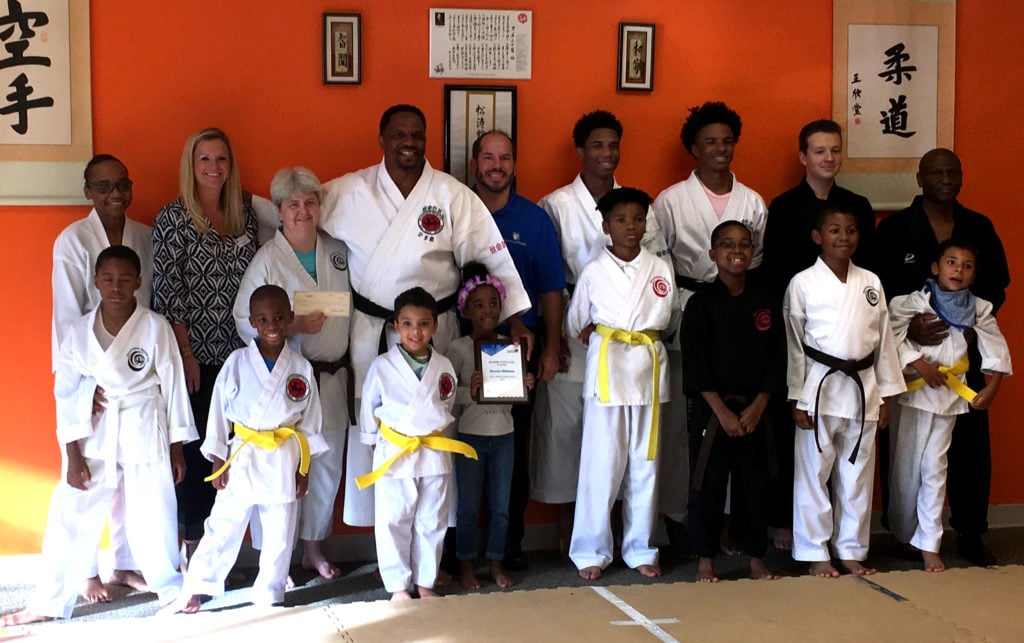 Enlisting in the Army in August 1986, Ronnie Williams recalls, “I joined the military to see the world, to serve to my country, and to prove something to myself. I wanted a challenge that would help me become a better person. I got all these things and more.” For the next twenty-six years, Ret. First Sergeant Ronnie Williams dedicated his life and energy into serving his country with the U.S. Army and Army Reserve.

Ronnie retired from the military in August 2012, and he began teaching Shotokan Karate Traditional Japanese Martial Arts at Showstoppers Martial Arts, LLC in Youngsville, NC. “I love teaching youth and adults to help them achieve things they never imagined they could do,” says Ronnie. “I also see this as an opportunity to give back and pay forward what others have done for me.”

Ronnie’s positive impact on his community is felt by many people. Close friend Kimberly Alden contacted ALCOVA Mortgage to nominate Ronnie for the Hometown Hero honor because of his passion for people. “Ronnie encourages all his students to go beyond what they think they can do to help them achieve their full potential not only in martial arts but in school, at home and in other activities. He is also a father figure to the students who do not have an active dad in their lives. He even sacrifices his own time and money to help students.”

In addition to Ronnie’s work with Showstoppers Martial Arts, he serves on the Principal Advisory Committee (PAC) board for Long Mill Elementary School. “We work to help the students achieve outstanding results inside and outside of school to help them make good choices and achieve amazing results while helping in their community,” says Ronnie. “We also offer one-year scholarships to underserved students who achieve strong academic results despite their circumstances.”

Ronnie is also very passionate about supporting Paws for Life Animal Rescue. He provides support through charity drives and fundraisers to help this non-profit to prevent animal abuse and to promote pet adoption.

In all areas of his life, Ronnie Williams demonstrates his desire to help people and serve his community. For his service to his country and his heart for others, ALCOVA Mortgage is honored to name Ronnie Williams as one of our Hometown Heroes! On August 29, 2017, Vice President of Sales Ruth Stephenson and Raleigh Branch Partner Steve Hobbs were honored to presented Ronnie with his Hometown Hero award. As requested, Ronnie’s $500 Hometown Hero check was made payable to Showstoppers Martial Arts to benefit the youth in their martial arts program!