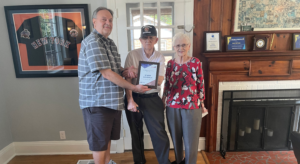 With a desire to serve his country during a time of war, Veteran Robert Goodrich enlisted in the Marine Corps and served 24 active years before retiring. In his post-military life, he continued to serve in his position as Visitation Pastor for his local church and foreign ministry.

Robert wanted to do bigger things than simply work on his family farm in Longwood, VA. He wanted to serve his country and stand alongside others with the same goal. He served as a Forward Observer for the Marine Corps in the Korean War. In his role, he was positioned ahead of the front lines to locate enemy targets and call in support when needed. In March 1953, Robert was wounded in action and received the Purple Heart with two stars.

Even when the odds were against him, Robert recovered from his injury and went right back out to the fields. He continued to passionately serve his country and the soldiers beside him until 1959. Throughout his career, Robert earned several additional recognitions to his Purple Heart medal including the Korean Service, UN Service and National Defense Service medals. After 24 years of active service, and six years in the reserves he finally made the decision to retire from the military. 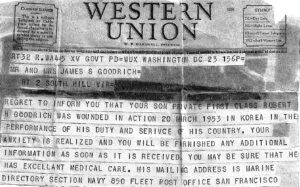 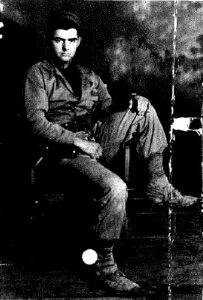 After leaving the Marines Robert continued his service to others through the Christian Ministry. His service took him all across the world to four different countries as well as Arizona and California. In his latter working years he served as the visitation pastor with Victory Tabernacle Church. In this role he visited church members at their homes and also took initiative to visit veterans in hospitals on a weekly basis to ensure that everyone was tended to and cared for.

Branch Partner Dave Bayford from our ALCOVA Chester branch was honored to present Robert with his Hometown Hero award.