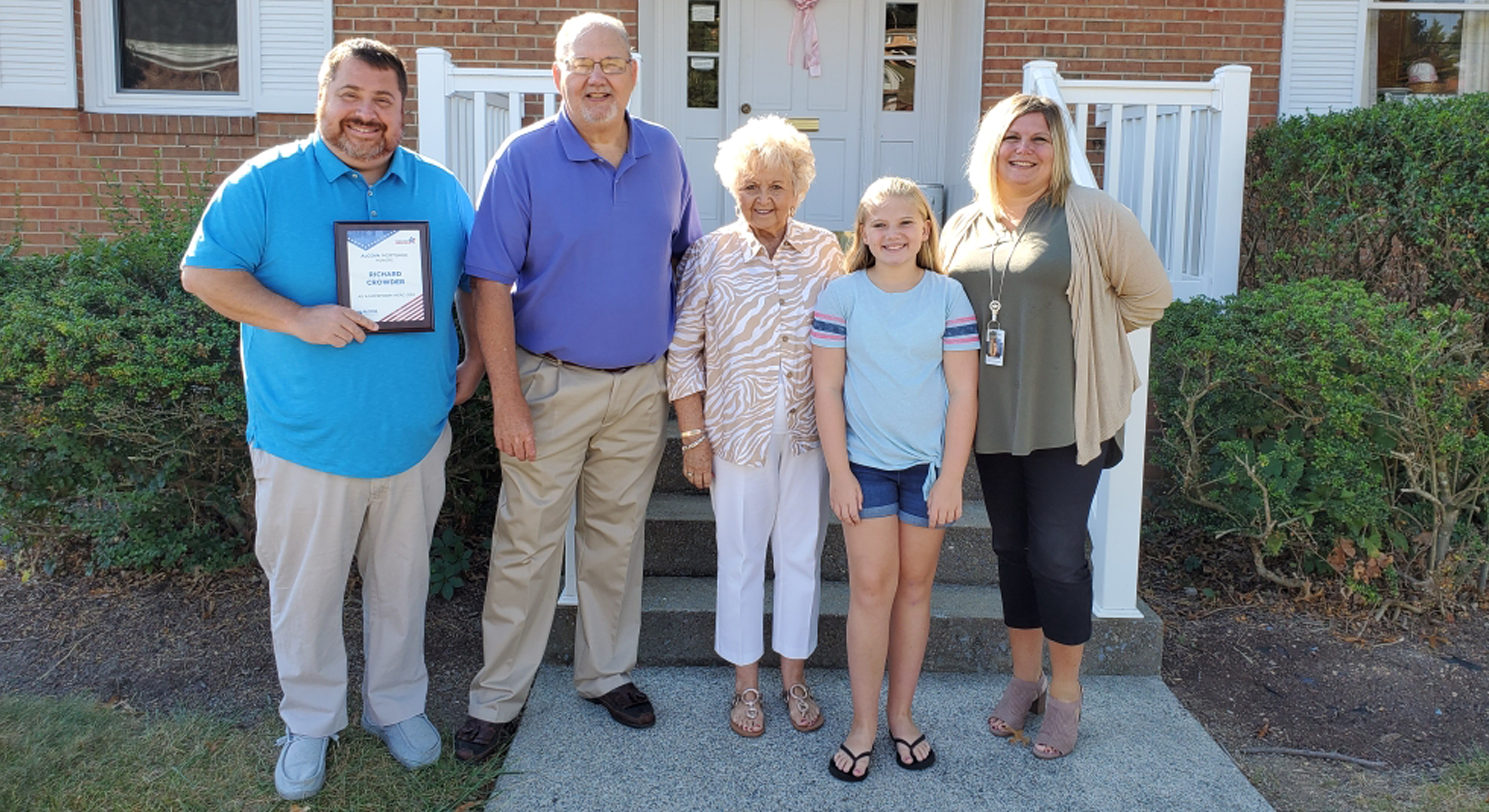 Inducted in the Marine Corp on February 1, 1996 and discharged as a Lance Corporal on January 31, 1968, Covington native Richard Crowder bravely served in Vietnam for his military tenure. His remaining service time was spent at Camp Hansen in Okinawa, Japan, Camp Pendleton in California, and Camp Lejeune in North Carolina. While his service was brief, it didn’t go unnoticed as he was awarded the National Defense Service Medal, Vietnamese Service Medals, Vietnamese Campaign Medal w/Device, Presidential Unit Citation Medal, and a Rifle Marksmanship Badge.

After being discharged from the military, Richard returned to his pre-service job with Hercules, Inc. while also attending college to earn a degree in Business under the GI bill. He then continued his employment at Hercules, Inc. and he helped manage the company’s transition to Applied Extrusion Technologies. Over the years, Richard received multiple promotions, and he finally retired in 2006 as the Human Resources Manager.

“I chose Human Resources as my career because I had a background in Labor Relations and wanted to work with both hourly and salary employees to maintain a positive and fair working environment,” said Richard. Even after retiring, he still found ways to contribute with his HR background. “Once I retired, I became a partner in a consulting group that provided other retirees with part-time work. The retirees only had to work when and where they chose which fit well with their retiree status.”

Richard is enjoying the retired life, and he is currently involved with volunteering with his church and the Covington Rescue Squad. In the past, Richard has had an extremely active role in his community. He has served as a member and captain of the Covington Volunteer Rescue Squad, member of the Salvation Army Board, member and President of the Covington Chamber of Commerce, member of the YMCA Board, member and President of the Dabney S. Lancaster Community College Education Foundation, member and Finance Committee Chairman of the Granbery Memorial United Methodist Church, and as a Board Member with the Lewis Gale Hospital in Alleghany.

Richard has also been heavily involved with corporate at Applied Extrusion Technologies (AET). He helped propose a land donation through AET to help Jackson River Enterprises build a facility that provides employment to handicap individuals. He also helped with another land donation to the city of Covington to build a softball facility. Finally, he was very instrumental in the sale of over fifty acres of AET-owned land that went to the Covington School Board and City Council to build a new elementary school and middle school.

Richard’s impact on his local community has been broad yet extremely impactful. Branch Partner Jason Helmintoller from our Covington Branch was honored to present Richard with his Hometown Hero award as a tribute to both his community and military service.