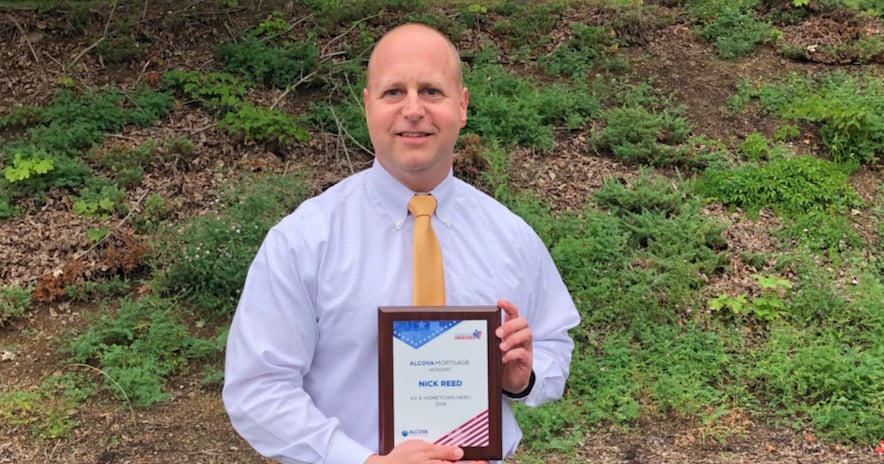 Joining the US Air Force in June 1994 and retiring as a Master Sergeant in June 2014, Nick Reed served his country honorably for 20 years. His military career began with him being stationed at Eglin Air Force base as a crew chief on F-15’s from 1995-1997 with the 59th fighter squadron. In 1997, he transferred to 192nd fighter wing of the VA Air National Guard as a crew chief on F-16’s. In 2006, he shifted to the 145th airlift wing of the North Carolina Air National Guard and finished out his time as a Master Sergeant in the Command Post.

During his years of service, Nick deployed twice (1996 & 1997) to Saudi Arabia with the 59th fighter squadron and to Qatar in 2003 with the 192nd fighter wing during Operation Iraqi Freedom. He also served for one-year (2001-2002) in Richmond during Operation Enduring Freedom in response to the 9/11/01 attacks.

After ending his military career, Nick began a new profession with HCA Healthcare at Lewis-Gale Salem in 2005, and he is currently the Director of Information Systems.

Nick’s service extends well beyond just serving in the military. After finishing a mission trip to Kenya in 2015, Nick’s experiences inspired him to start Agape4Africa, a ministry that equips two native Kenyan men to share the gospel and minister to the local people by providing food, clothing, school supplies, school fees, and Bibles. Over the last couple of years, the ministry has been able to provide a church, which also doubles as a school and fresh water to the Turkana people. In addition to his involvement with this ministry, Nick has also made 5 more trips to Kenya since 2015 and completed 3 other mission trips to Russia, Cambodia, and Romania. Branch Partner Brandon Nicely and the rest of the Blacksburg Branch team at ALCOVA Mortgage were honored to present Nick with his Hometown Hero award.