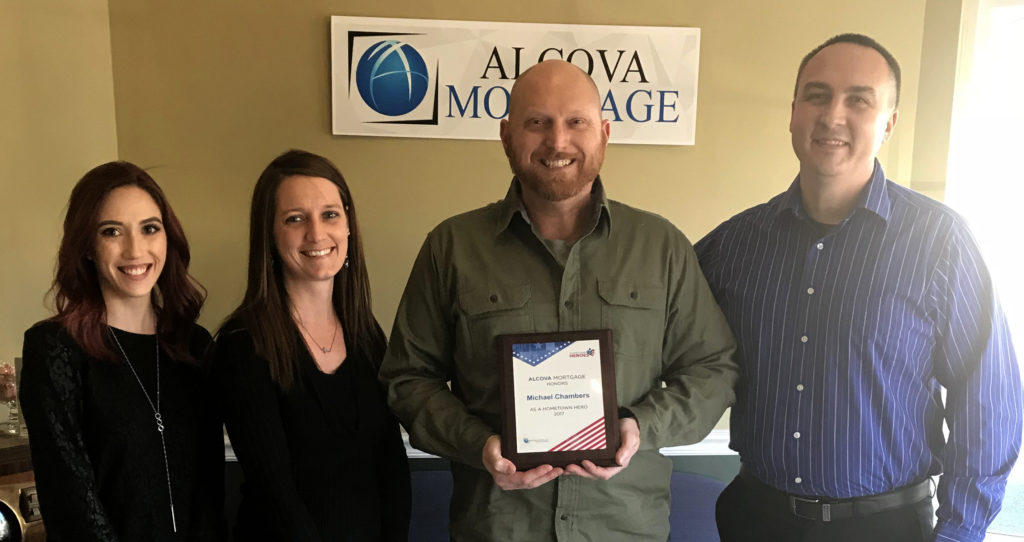 Joining in February 1993, Michael Chambers continued a long tradition and heritage of military service within his family. “Even as a child, I wanted to be a soldier,” recalls Michael. His twenty years of service would result in four tours in Afghanistan while assigned to the 3rd Special Forces Group (Airborne).

Due to service-related injuries Michael experienced while in the military, he was disabled and unable to work after retiring. His will to continue to make a difference, however, never wavered. Michael chose to volunteer with the Lewisburg Almost Heaven chapter of Habitat for Humanity. In 2017, he served as a volunteer Site Build Supervisor where he mentored, encouraged, and helped to train volunteers. Together, they built homes for West Virginia families that experienced terrible hardships.

Michael works with these volunteers through every aspect of the building process from tearing down pre-existing structures, to site prep, pouring foundations, sub-floors, framing walls, raising roofs, painting walls, flooring, cabinets, installing appliances, and even building decks.  Along the way, these volunteers performed service to their communities and learned valuable trade skills, strong work ethic, leadership skills, and the confidence to make a difference.

In 2017, Michael helped facilitate the Lowe’s National Women’s Build, where more than 50 women of all ages from the Lewisburg area came together to pre-build the walls for two upcoming Habitat home builds – The Home Builder Blitz and The Home Depot Veteran Build. To recognize the volunteers, Michael presented them with hand-made wooden hammers sourced from material at the build sites that they themselves worked on. With some help, he had the hammers hand-engraved by the families that were getting these homes. Michael’s impact and dedication resulted with him being awarded “Volunteer of the Year” with Habitat for Humanity in 2017!

Michael does all of this because he believes in helping people and in teaching people to help themselves through helping others. Being retired and disabled, he quickly admits that he would not be where he is today without the help that others gave him. Paying it forward is Michael’s way of impacting his hometown!

Branch Manager Justin Weikle and the rest of his team from the Lewisburg Branch at ALCOVA Mortgage was honored to present Michael Chambers with his Hometown Hero award in January!