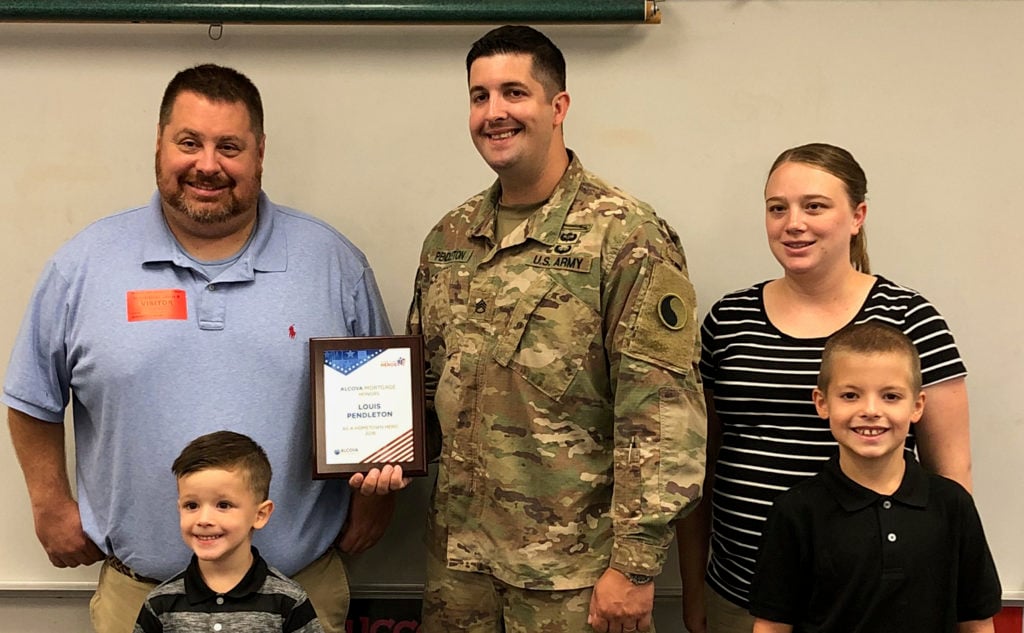 Louis was just a high school senior when he made the choice to join the Virginia Army National Guard in 2004. He felt the urge to join after seeing the tragic events of 9/11 happen in 2001. “I also had two brothers serve in the military that I really look up to,” says Louis. “So, I guess you can say it runs in the family!”

After joining, Louis went to Fort Benning in August 2004 where he completed Basic Training and Advance Individual Training for 11B (Infantryman) and graduated in December 2004. Louis then attended the United States Army Airborne School in May of 2006 where he graduated and received his jump wings.  Shortly thereafter in August 2006, he received federal orders to deploy in support of a NATO peacekeeping operation in Kosovo with Bravo Co 1-116th Infantry. During this overseas deployment, Louis earned his Expert Infantryman Badge.

After the Kosovo deployment concluded, Louis went to the United States Army Air Assault School and graduated in March of 2008. He was deployed again in January of 2010 with Bravo Company 1-116th Infantry to Iraq as a Sergeant/truck commander where he conducted convoy security in support of Operation Iraqi Freedom. His third deployment came in May of 2016, and he was sent to Qatar as a Staff Sergeant/ Squad Leader in support of security operations.

In addition to serving, Louis also works as an Assistant Operator in the Unbleached Pulp Mill at WestRock in Covington, VA, and he finds time to make a positive impact on his community. He enjoys coaching youth basketball and baseball in Alleghany county, and he always makes time to help others like cutting grass for a sick friend. Whenever Louis receives a call from someone in need, he is always willing to help, and that is why he is a Hometown Hero!

Branch Partner Jason Helmintoller from our ALCOVA Covington branch was honored to present Louis with his Hometown Hero award at his son’s elementary school in Alleghany County. As part of the presentation, Jason Helmintoller encouraged all the kids to write a “thank you” letter to someone who is currently or has served in the military.