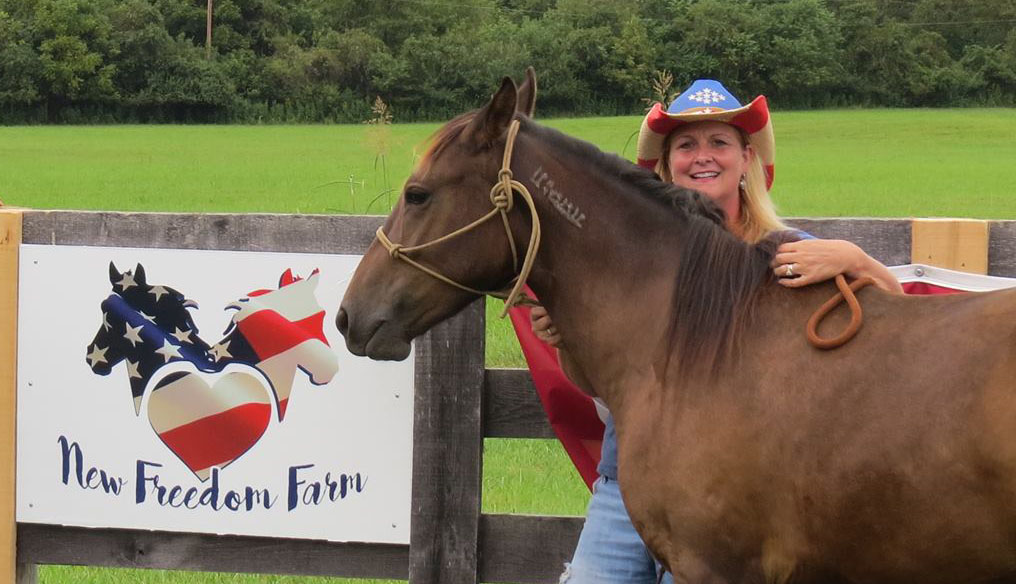 Joining the US Navy to escape a difficult childhood, Lois Fritz served her country as an E-5 Petty Officer Second Class for eight years. Honored with the National Defense Service Medal, Expert Rifle Medal, and the Marksman Pistol Ribbon, Lois will be the first to tell you that she is not a hero. “Heroes are our true war veterans who were injured in action and live with the war inside their head,” says Lois.

After leaving the US Navy, Lois embarked on a nursing career, attending nursing school and becoming an Emergency Room ER Charge Nurse.  She later became a Forensic Nurse Investigator and spent the next 20 years in local law enforcement with the Warren County Prosecutor’s Office. Today, Lois practices as a Forensic Nurse Examiner.

Lois moved to Buchanan, VA from New Jersey in 2015 with a goal in mind. She wanted to establish a non-profit organization to serve military veterans suffering from PTSD, depression, anxiety, trauma, and substance abuse. A year later in October 2016, Lois opened the doors to New Freedom Farm.

“I founded the program because I wanted to share with veterans the healing power horses have,” says Lois.  “In our country, 22 veterans a day commit suicide. Studies have shown that interacting with an animal, such as a horse, can be very helpful and calming to those suffering from PTSD.”

Not only is the farm a place for heal­ing humans, but it is also a place dedicated to providing a safe haven for its horses. Currently, the farm is home to 19 horses that have experienced their own versions of fear and trauma, many of them being abandoned to auctions attended by kill buyers. New Freedom Farm gives these horses a second chance to lead a fulfilled life and help veterans deal with deep issues with isolation, communication, and trust. Lois’ vision has blossomed into a beautiful farm that saves lives, both human and equine.

On May 12, 2017, Branch Manager Jamie Bailey from the ALCOVA Branch in Vinton, VA presented Lois with her Hometown Hero award. Friends, family, and of course, the horses were on hand to honor Lois for her service to her country and her fellow veterans.