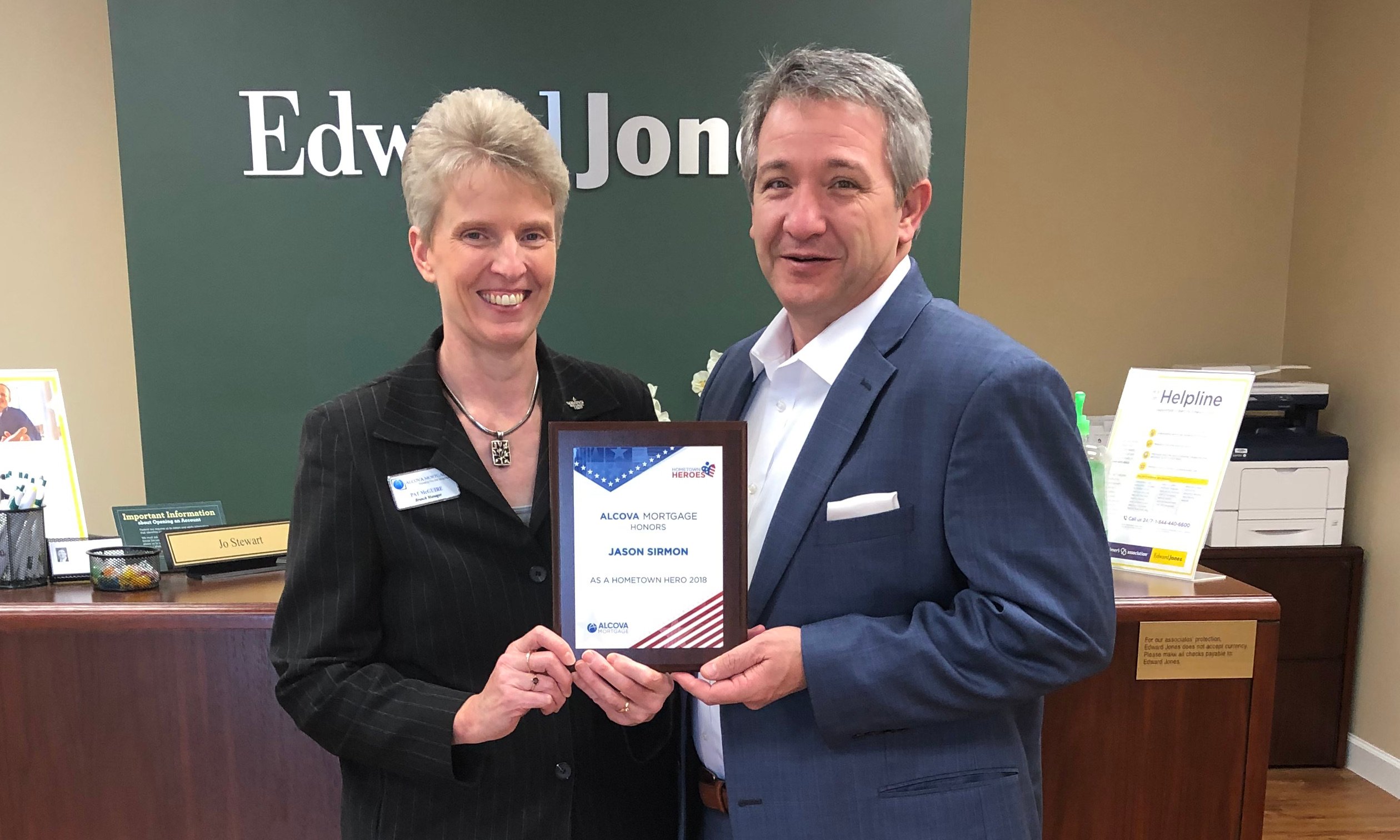 As a veteran of the United States Navy, Jason Sirmon’s story demonstrates a personal passion to serve both his country and his local community. Beginning his military career in 1989 as a submarine sailor, Jason was responsible for training and supervising staff in analyzing and forecasting to meet the demanding supply needs of 135 men for 120-day deployments.

As a submariner, Jason spent the equivalent of 3 years under the water during his time in service. He jokingly recalls that the longest he was ever submerged was “only” 81 consecutive days. During his military tenure, he achieved the rank of E5 (Culinary Specialist 2nd class) Submarine Specialist and was honored with the Navy Achievement Medal, Good Conduct Medal (2), Navy “E” Ribbon (2), Sea Service Deployment (3), the National Defense Medal, Unit Commendation (2), and SSBN Deterrent Patrol. His nearly ten years of service of loading of supplies for submarine missions, however, ultimately took a toll on his back, resulting in a chronic injury. He tried to re-enlist after 9/11 but was deemed medically unable to return.

After leaving the military, Jason and his wife moved to Boone, NC in 2000 where he started his educational career while also working in real estate. After being recruited to the Charlotte area to manage a real estate firm in Lake Norman, he continued to complete his undergraduate degree from Queens University of Charlotte. He started a consulting firm doing business consulting, strategic planning and while making the transition to Northeastern University to finish his master’s degree. He returned to Boone in 2014 to open the Edward Jones Investments office where he serves nearly 500 families.

From his years as a submarine sailor in the US Navy to financial consulting with Edward Jones Investments, Jason has continued his philosophy of servant leadership to keep him busy in various aspects of life. His passion for people is reflected in one of his favorite quotes, “Not to be served, but to serve.” Jason says, “I have found my ‘why’ and my purpose in life,” which is making a positive impact on the lives of others.

Every Memorial Day, Jason honors his fellow veterans with a Memorial Garden dedication and luncheon. This “garden” is a flag-planting space for visitors to place a flag in honor or memory of friends and family members who have served our country. Jason says that his sweetest moments are seeing visitors come away from the garden while wiping away a small tear of remembrance for a loved one.

Jason also participates in national and international church mission trips, and he uses these experiences to mentor local kids to help them understand the needs of others before their own as well as recognize the personal reward that comes from serving others.

Jason also serves as a Board Member with the High Country Breast Cancer Foundation (HCBCF) in honor of his mother, a breast cancer survivor. In addition to his board responsibilities, Jason performs as the emcee of the Annual High Country Breast Cancer Foundation Walk/Run event. Every dollar raised from these events are awarded as gifts to assist local women and men fighting breast cancer. Some of the many needs that the foundation’s funds assist with include child care during chemotherapy sessions, wigs, hats, and other head gear for survivors coping with hair loss, support classes for caregivers, nutritional education and family meals, transportation to doctors and hospitals, counseling appointments, and support groups for survivors.

When not working or participating in non-profit activities, Jason enjoys spending time with his wife of nearly 20 years and his three daughters.

Branch Manager Pat McGuire from our Boone Branch was honored to present Jason Sirmon with his Hometown Hero award as a tribute to his community and military service.