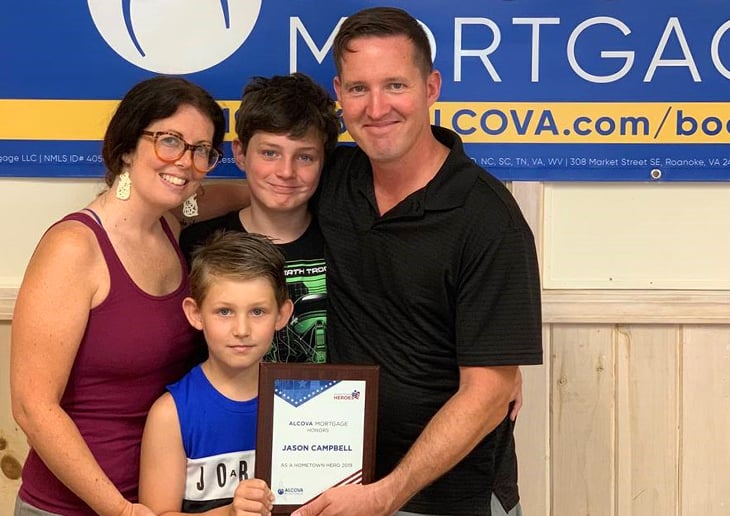 Joining the US Army Reserve in 2001, Jason Campbell deployed with the 844th Engineer Battalion as a Sergeant in support of Operation Iraqi Freedom in 2004. He was promoted to Staff Sergeant, and after several deployments, he requested to go into Inactive Ready Reserve for the next three years.

While on reserve, Jason and his wife Amanda pursued their goal of building their own small business called Camp Coffee Roasters. Founded under their core values of Community, Adventure, Mindfulness and Passion (C.A.M.P.), their small business journey began in Boone, NC and grew to their new anchor location in downtown Blowing Rock.

Jason returned to the Army Reserves in 2013, and in 2018, he was promoted Platoon Sergeant with the 391st Headquarters Company where he manages a team of medics, chemical warfare specialists, and combat engineers.

Jason has been married to his wife Amanda for 15 years and they have two sons – Harper and Aven.

In the community, Jason and Amanda both devote their time and energy to support a veterans organization called Project Sanctuary. This 501(c)(3) nonprofit serves to heal the traumatic effects of military service while treating all members of the veteran’s family at their level of need and enabling the service members to reintegrate into their families and communities in a healthy and sustainable manner.

Branch Manager Pat McGuire from our Boone Branch was honored to present Jason Campbell with his Hometown Hero award as a tribute to both his community and military service.