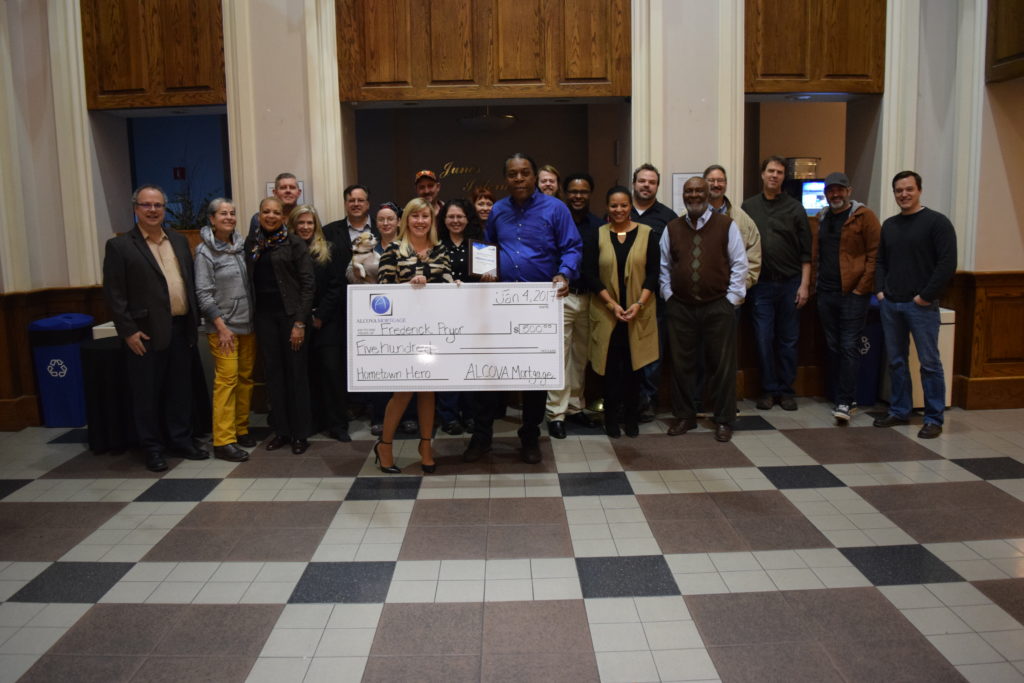 Many people in the Roanoke area lovingly describe Frederick Pryor as a person with the skills of MacGyver and the heart of Mother Teresa. Starting in 1977, Fred spent eleven years in the military as a Combat Engineer with the Marines. His role gave him numerous opportunities to develop a broad skillset. He became an expert in demolition, landmine warfare, heavy equipment, bridge construction, and carpentry. Simply put, “we were the team that could build or blow stuff up,” said Fred. In addition, Fred had numerous educational opportunities with the Marines to attend survey school, cold weather school, and non-commissioned officer school. Fred later served as a Platoon Sergeant and worked to ensure that the 30-40 men in his squad were fed, safe and contributing to the well-being of the country. Fred also worked in administration for the Marines, and he took great pride in helping to build the Toys for Tots program.

While Fred never saw combat, he served both his country and his community honorably. He currently serves as the Director of Center Services at the Jefferson Center in Roanoke, VA. Fred was instrumental in making the old Jefferson High School into a state-of-the arts facility that hosts music and the performing arts, acts as a home to non-profits and small businesses, and serves as a centerpiece for community events. Fred is undoubtedly known as the “ambassador” for the Jefferson Center.  He works tirelessly to make sure that every bride has a flawless wedding, every non-profit has a successful fundraiser, and every concert-goer is greeted with a smile.

Fred is also very active in the community.  He sits on the boards of Community High School and the June Bug Center in Floyd, VA.  He was active in helping Girls Rock Roanoke secure equipment and gear for its inaugural year.  He still is an ambassador for Toys for Tots and ensures a donation box is out for every holiday concert at the Jefferson Center.

On a more personal level, Fred has impacted many people in his community through his friendship and service. It seems there is nothing that he does not know how to fix or do, stemming back to his days as a Marine. He has stepped in to help friends with flooded basements, to fix ceiling holes, to cut down trees, and so much more. Local Chef John Schopp describes Fred as “one of the kindest, most genuine humans I know! He doesn’t complain, he is uplifting, and no job is beneath him.” Music writer Tad Dicken defined Fred as an “all-around good person who improves things with his spirit and presence.” It is Fred’s kindness to others that led him to receive multiple nominations for the Hometown Heroes honor from ALCOVA Mortgage. Fred is not only a hero based on his military service, but a treasured friend and member of the local community.

ALCOVA Mortgage is honored to reward Frederick Pryor with its Hometown Heroes award and to recognize him for his dedication to his country and community.