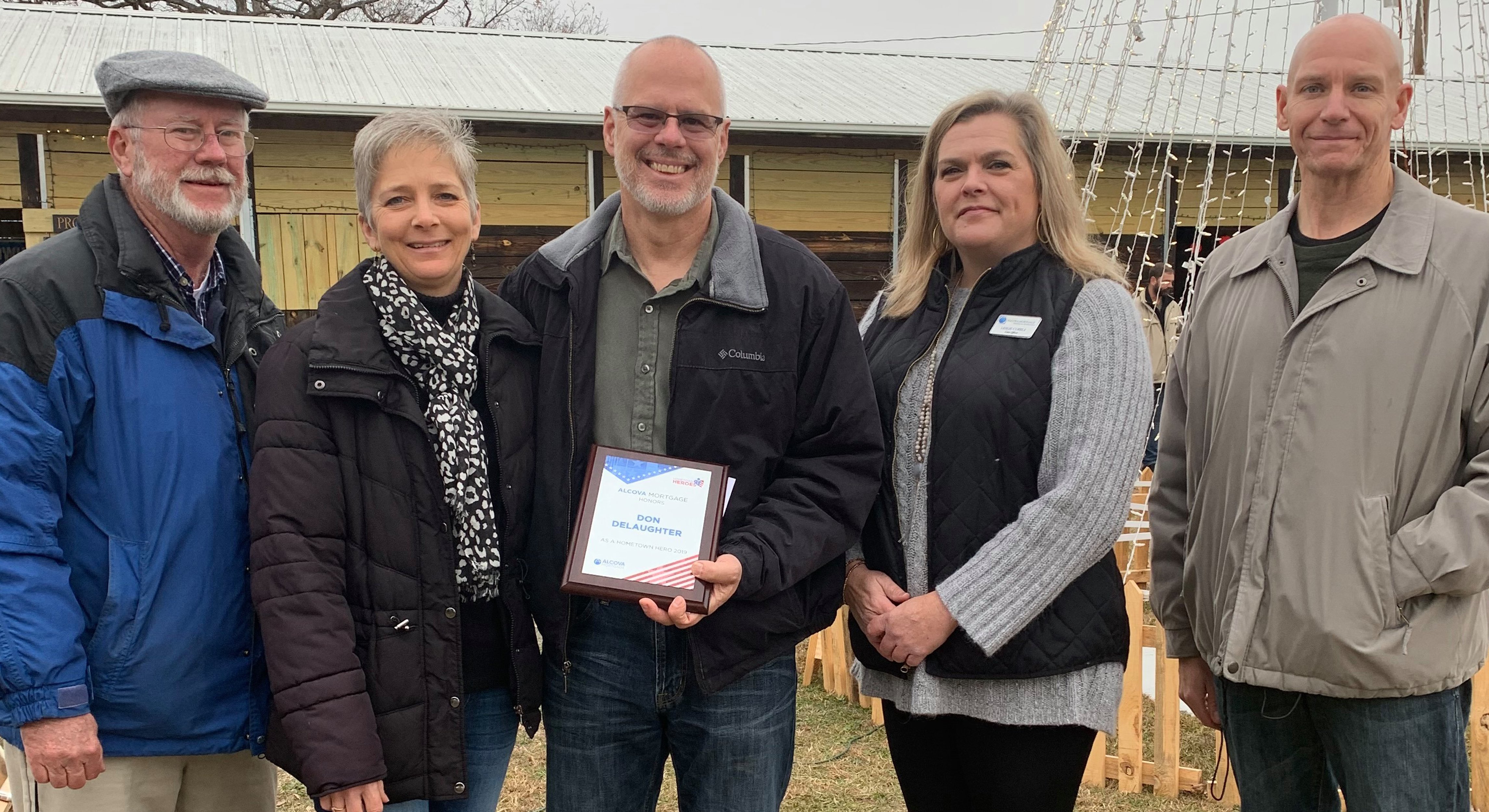 Serving a total of four 4 years in the U.S. Army from 1983-1987, Don Delaughter achieved the rank of Staff Sergeant as an 82nd Airborne Paratrooper during his military service. He earned the Expert Infantry Award and the Army Infantry Award while in the Army, and he then spent the next two years serving in the Army National Guard. After his military service ended, he worked for Alcoa for thirty-two years and retired as a Business Manager. After retiring, Don secured a position as a Deputy Sheriff with the Rockingham County Sheriff’s Department and spent the next five of six total years as a head bailiff.

During his time of employment, Don continued his public service when he was appointed to fill a vacancy on the Timberville Town Council in 2001. He served as a Council Member for the next three years at which time he was elected as mayor, a position he holds to this day. Don has dedicated much time and energy to the betterment of his community while balancing the other duties in his life, such as raising three children and enjoyinh his four grandchildren.

Don cherishes his service to his country and promotes veteran events any chance he can. As mayor, he was instrumental in working through the process of securing land from the local American Legion Post for a new town park, named American Legion Park. This park contains many memorials built to honor local veterans and their history of service to their country. Additionally, Don has served in the Timberville Lion’s Club since 1987, holding many offices including the current presidency. He is also a board member and treasurer for Trinity United Church of Christ. Don volunteers in the “Watch DOGS” (Dads of Great Students) program at John C. Myers Elementary School and helps once a month with the walk to school day.

Loan Officer Leslie Currle from our Luray Branch was honored to name Don Delaughter as one of our 2019 Hometown Heroes at the Timberville Christmas Village event.