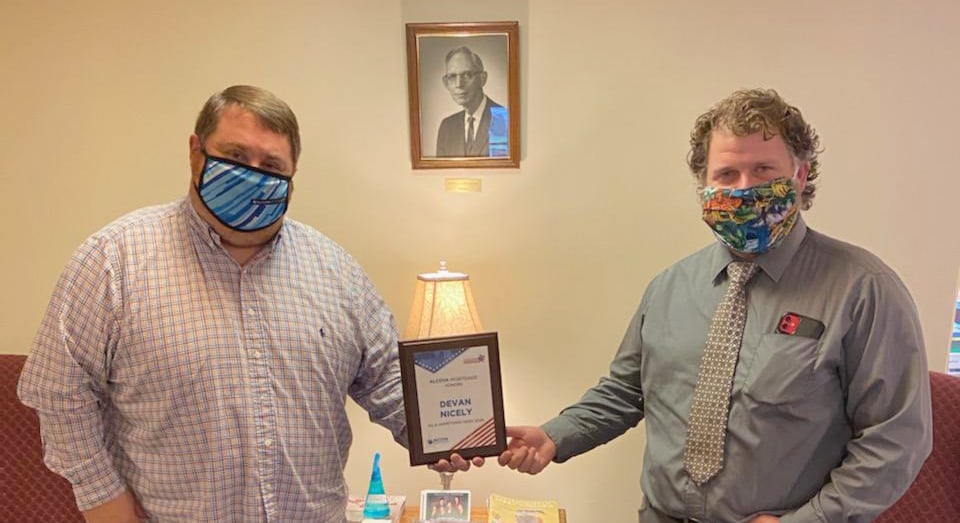 Joining the Army National Guard in 2005, Devan Nicely became a commissioned officer in 2007 from the Virginia Military Institute as a Military Intelligence Officer. Over the next eight years, Devan was stationed in Fort Lewis (Washington), Fort Huachuca (Arizona), Fort Benning (Georgia), and Camp Shelby (Louisiana) as well as Iraq and Kuwait during Operation Iraqi Freedom. Additionally, Devan led a mission for the Virginia State Partnership Program in Tajikistan which focused on drug mitigation along the Afghanistan border. Before finishing up his military career, Devan also helped train the National Guard Riot response teams in Virginia, and he was a member of the legendary 116 infantry regiment.

After finishing his military career, Devan found a new calling and purpose for his life in education in 2012. He became a teacher for at-risk students which involved working with inner-city youths to help them graduate on time. “I find it my civic duty to help children become their best selves and achieve their dreams,” says Devan. After five years of working in Roanoke City, he earned his Administration license and took a job in Alleghany County as an assistant principal at Mountain View Elementary School. Currently, Devan is in his last year in a Doctoral program for Educational Leadership.

Branch Partner Brandon Nicely from our Blacksburg branch joined forces with Branch Partner Jason Helmintoller from Covington to honor Devan Nicely as one of our 2020 Hometown Heroes.