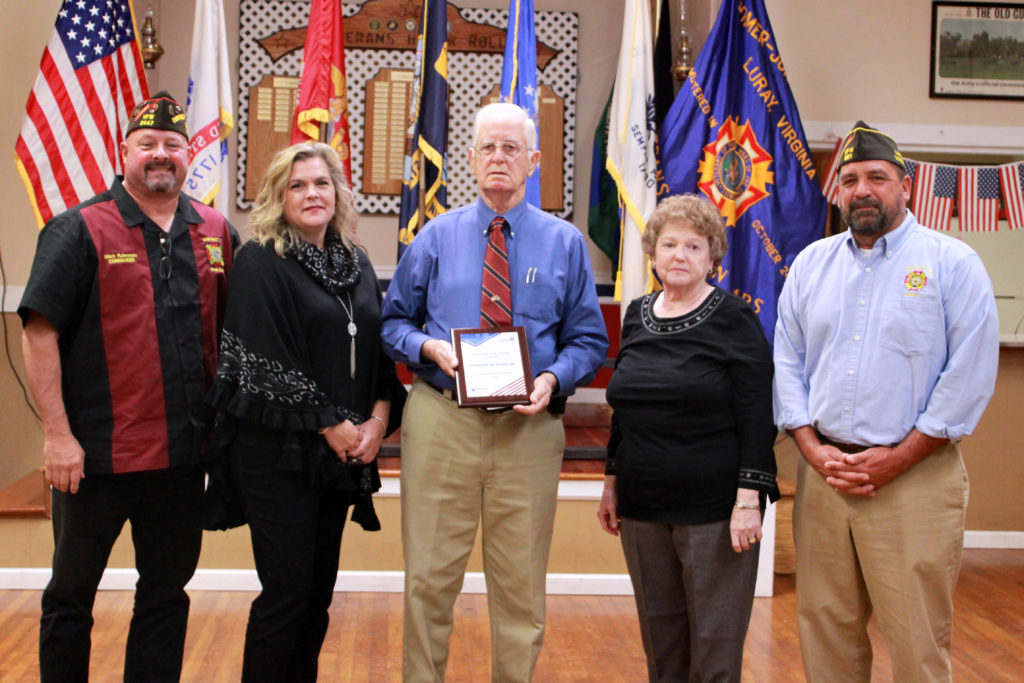 Nominated as a Hometown Hero by his VFW Post 621, veteran Charles Rose’s service to his country continued long after the Vietnam War. Drafted into the Army in 1964, Charles served one tour and several missions. After returning home, he got married and moved back to Luray to work on a farm for the next eleven years while also attending school.

Charles later joined the Department of Corrections as a Corrections Officer and served in that position for the next ten years. He then worked for the Page County Sheriff Department for sixteen and a half years and as an Assistant Jailer for nine years.

Not only did Charles honorably serve his country during a time of war, he sought out ways to give back to his community while also honoring other veterans. In addition to being a Life Member of the Luray Rescue Squad and an active member of the Luray Church of the Brethren, he joined the VFW Post 621 in 2005. Charles immensely enjoys being part of the Color Guard, providing services on Memorial Day, Veterans Day and events at local elementary schools. Also on the Honor Guard, Charles dedicates his time and energy to tirelessly working with families of deceased veterans and honoring them with graveside honors.

Loan Officer Leslie Currle from our Luray Branch was honored to present Charles Rose with his Hometown Hero award at VFW Comer-Jones Post 621 along with his family, friends and fellow VFW auxiliary members.