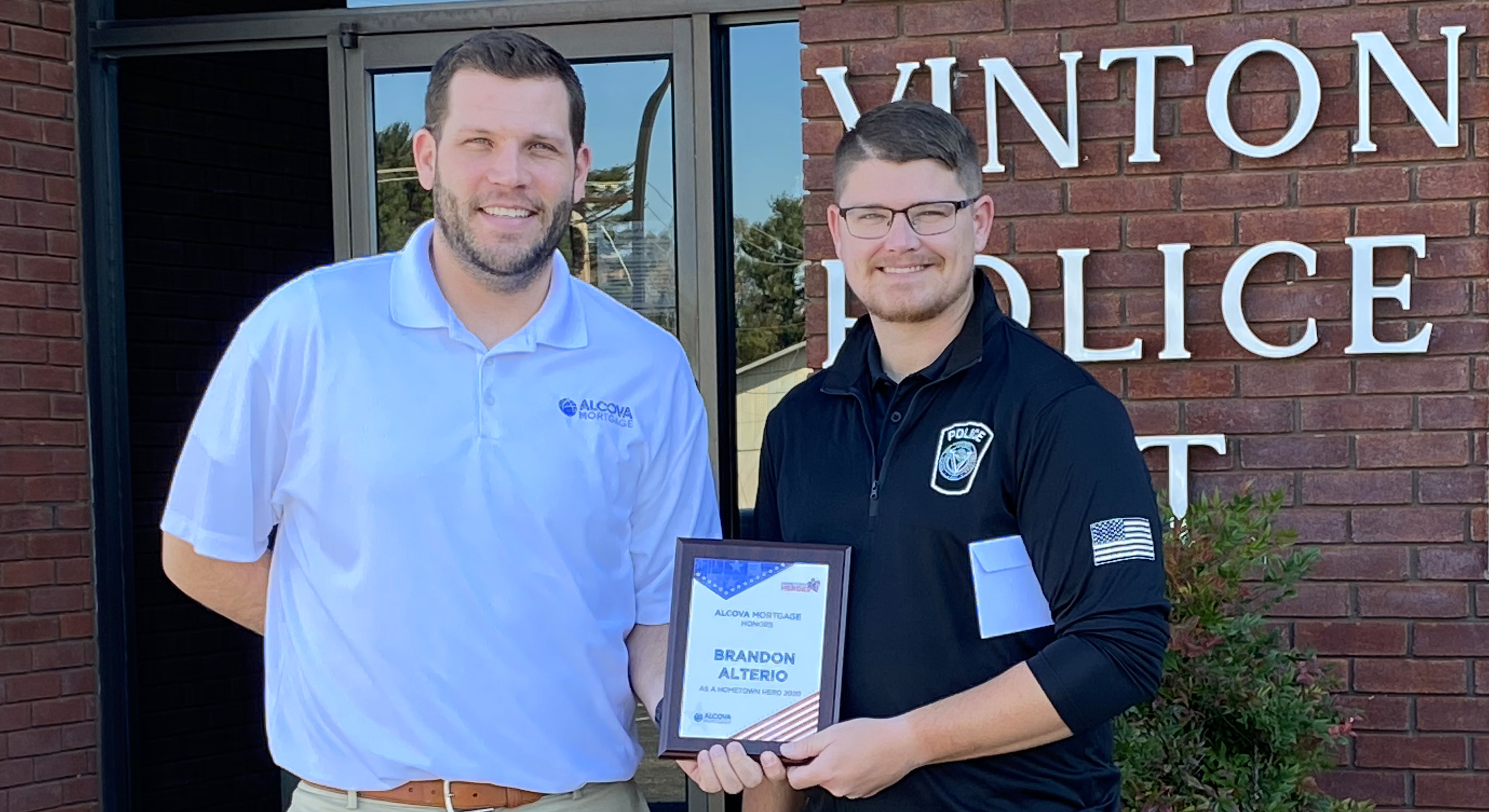 Enlisting in the United States Air Force in 2008, Brandon Alterio spent the next six years in active duty under the rank of Staff Sergeant in Security Forces which is a combination of law enforcement and security. Additionally, Security Forces is responsible for missile security, defending air bases, law enforcement, combat arms, and responding to emergencies.

In 2014, Brandon returned to civilian life and embarked on his new chapter as a law enforcement officer. “I still felt led to serve and protect my community after separating from the military and I quickly found a calling as a law enforcement officer where I can serve in the very community that I grew up in,” Brandon recalls. “A big piece of my military career has carried over to my current job as a police officer in that I have never lost sight of my mission. Serving my community, responding to emergencies, and helping others has always been a passion.”

Brandon has definitely made a positive impact in his law enforcement career, earning the VA Chiefs of Police Life Saver Award for saving several lives during a structure fire at Mt. Regis and recently being named Police Officer of the Year from his department.

When he is not on the job, Brandon serves as a substitute teacher for Roanoke County Public Schools. “I have really enjoyed substituting at William Byrd High School and have a tremendous respect for our local teachers,” says Brandon. Additionally, he helps coach Girls’ Varsity Basketball at William Byrd High School, and he participates in their annual Veterans Day event to talk to high school students about his military career.

Loan Officer Matt Crizer from our Daleville branch was honored to present Brandon with his Hometown Hero award at the Vinton Police Department.