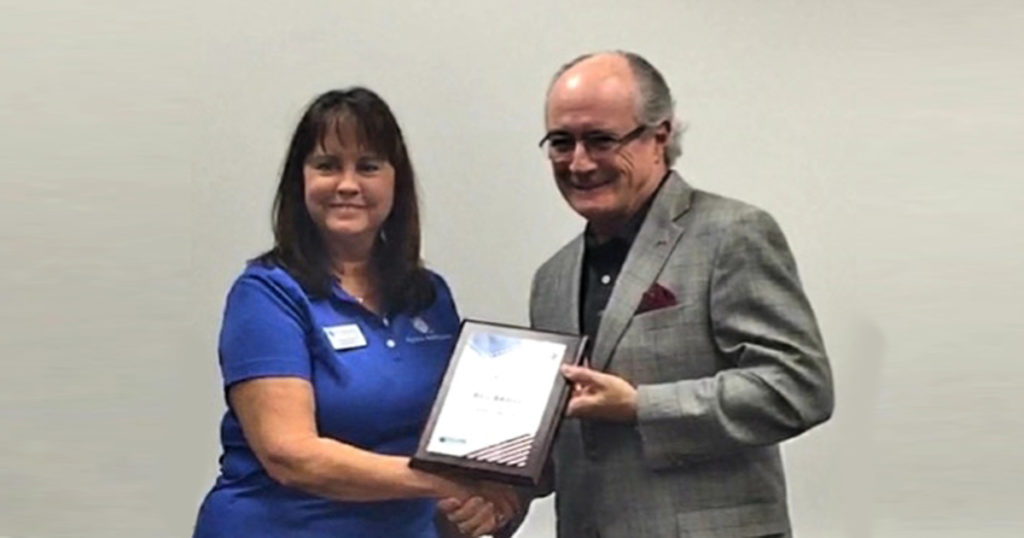 Veteran Bill Barns always had a strong desire to serve his country, even after graduating from the University of Louisville with a Bachelor of Arts degree in Political Science. Upon graduating, he received his commission through the Naval Reserve Officer Training Corps in 1975 and became a career Surface Warfare Officer.

While ashore he earned a Master of Arts degree in National Security Affairs from the Naval Postgraduate School in Monterey, CA and a Master of Arts degree in National Security and Strategic Studies from the Naval War College in Newport, RI.  His awards and military decorations include: the Combat Action Ribbon, the Joint Unit Commendation (with Oak Leaf Cluster), Meritorious Unit Commendation, Navy Unit Commendation (three awards), and five Battle Efficiency Awards. He is also designated as a Navy Master Training Specialist and a Joint Specialty Officer.

In November 2002, Bill transitioned out of active duty to pursue a second career in the private sector while continuing to provide his expertise to Navy and Joint customers. He is currently a Vice President with Sonalysts, Inc., an employee-owned company. He received a Master of Business Administration from Strayer University in 2010, and he has served as a professor at the U.S. Naval War College in the Joint Maritime Operations curriculum in the College of Distance Education since 2015. Today, he still retains professional affiliations in the Surface Navy Association, the National Defense Industrial Association, and the Hampton Roads Chamber of Commerce.

Bill deserves recognition not only for his service to our country, but also his continuing service to his Virginia Beach community. He is presently an active member of Galilee Episcopal Church and enjoys volunteering as a youth mentor at Eastern Shore Chapel Episcopal Church in the Journey to Adulthood program. He has also served in that parish as a Stephen Minister, a Vestry member, and both a Junior and Senior Warden. For the past four years, Bill and his wife have participated in the healing prayer ministry in monthly services, formal training, individual prayer appointments, and Sunday services.

Bill and his wife have also served on the prayer team during several Welcome Home Initiatives (WHI), a 3-day retreat for combat veterans and spouses who are coping with the effects of post-traumatic stress.  “At each event, we witnessed many lives changed, relationships improved, and families made whole again,” recalls Bill. To sustain the positive momentum from the retreats, he worked closely with several other veterans and the Priest Associate to develop a monthly support group called Combat Stress Recovery where they can meet for camaraderie, sharing, and prayer. This support group helped develop a similar group to form at the American Legion Post # 327 in Norfolk.  “The need among combat veterans who have dutifully served their nation is great,” says Bill. “Thankfully, there are opportunities for concerned persons to respond through organizations such as By His Wounds Ministry (byhiswoundsministry.org) with financial or personal support.”

Branch Partner Tanya Gills and Loan Officer Nina Killen from our Virginia Beach Branch were honored to present Bill Barns with his Hometown Hero award. Bill’s daughter is currently fighting her battle with cancer, and Bill plans to donate his Hometown Hero check to help her initiative that supports other people dealing with cancer.