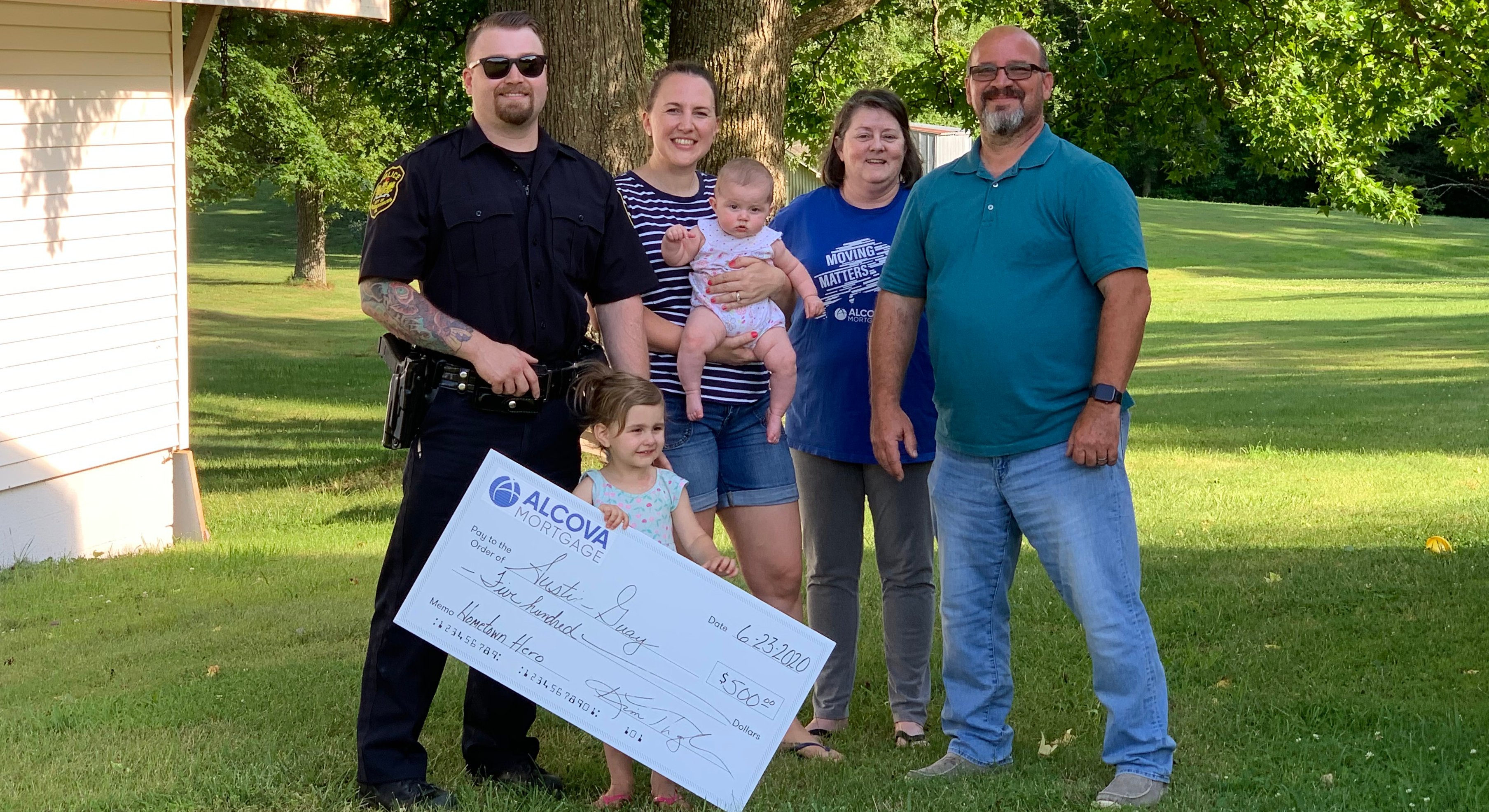 In 2010, veteran Austin Guay made the choice to join the United States Marine Corps. During his four years of military service, he completed a tour in Afghanistan and was honorably discharged in 2014 with the rank of Corporal.

After completing his military service in the Marine Corps, Austin moved to the United Kingdom in 2015 with his British wife that he met during his Afghanistan tour. He took a job in construction while also working towards getting top-secret security clearance to work for the US Embassy in London.

Later, Austin and his family moved back to the United States at the end of 2017, where he contracted with the US Government while his application for the Fredericksburg Police Dept. was in process. He joined the police department in March 2018 where he is currently employed as a patrol officer on the night shift in the City. Growing up just down the road from Fredericksburg, Austin chose this path because he wanted to bring home his “boots on the ground” experience to serve his community.

ALCOVA Loan Officer Kimberly Thagholm has know Austin for a while, and she nominated Austin for ALCOVA’s Hometown Hero honor. “He is a very down-to-earth, unassuming hero that has served his country and community,” says Kim. “He is quick to speak of his fellow officers and social workers and their hero roles everyday yet dismisses his own contribution.”

Loan Officer Kimberly Thagholm from our Locust Grove Branch was honored to surprise Austin and his family with his Hometown Hero award. Fellow friend, Marine veteran and realtor Jeff Edmisten was also honored to be present for the presentation.