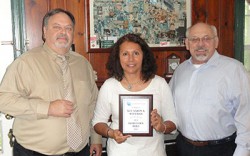 U.S. Army Sergeant Aaron Xavier Wittman 3rd Battalion, 69th Armor Regiment, 1st Brigade Combat Team, 3rd Infantry Division, Fort Stewart, GA Aaron was born on November 6, 1984 and grew up in Chester, VA. He graduated from LC Bird High School in 2003 and then attended The Citadel, Military College of South Carolina. Instead of graduating as planned in 2007, Aaron and 4 of his classmates chose their first deployment to Aghanistan. Because of this deployment, they graduated from The Citadel in 2009. Aaron enlisted in the U.S. Army in 2010 and was assigned to the 3rd Battalion, 69th Armor Regiment at Ft. Stewart, GA.

In November 2012, he deployed for a 2nd tour in Afghanistan. On January 9th, 2013, his unit initiated combat operations and on January 10th, they encountered the enemy while on patrol. When the insurgent ambush was initiated, Aaron was the first of the entire patrol to return fire immediately, responding without regard for his own safety. He identified enemy fighting positions and enabled the maneuver of the rest of the combat patrol to provide additional suppressive fire. His quick response with effective fire ensured the survival of the rest of the combat patrol. His actions allowed the Detachment to pinpoint where their fires needed to be directed. He saved several lives that day and prevented a greater loss of American lives. His actions helped the Detachment to force the enemy to break contact after a prolonged fire fight. He felt he needed to be in that position to ensure the safety of his Soldiers. All the Soldiers have recovered from their combat related wounds. That day he became the first U.S. combat casualty in the War on Terror, mortally wounded by small arms fire.

For his courageous actions, Aaron was awarded posthumously the Purple Heart and Bronze Star with V device for Valor. To honor his memory, his Citadel “07” classmates and the Wittman Family have partnered with The Citadel Foundation to creat the Aaron X. Wittman Memorial Scholarship which is now fully endowed and is awarded to a rising Sophomore Cadet who best exemplifies the values Aaron exhibited.